Come VOTE at the 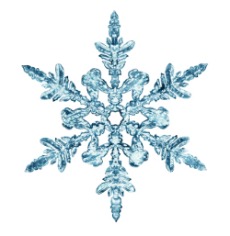 *Click on "read more" to see the list of candidates below, and see their bios   and a photo below that!

BELOW ARE THE NOMINEES FOR CENTRAL PARK GARDENS TENANTS’ ASSOCIATION BOARD MEMBERS AND OFFICERS.
YOU CAN ADD NOMINEES IN THE“WRITE IN” SPACES ON THE LIST.

All terms are for 2 years beginning January 1 following the election.

REMINDER:  TO BE ELIGIBLE TO VOTE, YOUR 2012 TENANT DUES MUST BE PAID.


CANDIDATES FOR CPG BOARD & EXECUTIVE COMMITTEE 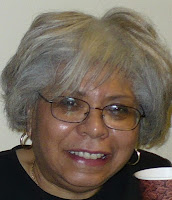 MARIA ACEVEDO – Maria is one of the long-time tenants of CPG--- 42 years.  In the past, she served as Treasurer of the Tenants Association for 8 years and has been on the CPG Board. 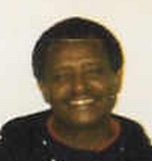 WASSIE AYALEW – Wassie has lived in the building for twelve years.  He’s married to Alice, and he has a daughter, now grown, who spent most of her childhood here.  He works in the Columbia University School of Nursing as Administrative Coordinator.  He wants to be on the board because the tenant association has helped the tenants and it’s time for him to do his part and to contribute to the building. 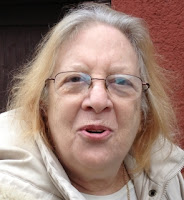 NA’AVA ADES – Our Tenants Association is one of the strongest in New York City.  We have contended with our landlords since the days of Mitchell Lama and because we have done so, we have some of the lowest rents of any stabilized former Mitchell Lama buildings in our city.  As tenants of our building, we have mobilized ourselves and our neighbors again and again, and distributed leaflets, attended meetings, paid attention and raised money.  We have a strong legal fund that we have not been afraid to use!  We have, and continue to participate in the larger community--- carrying our share of the work on behalf of Affordable Housing for everyone.

JOAN B. BROWNE - Resident of Central Park Gardens since 1974.  Served as Secretary of the CPG Tenants' Association and as a Floor Captain.  Currently serving as Member of the Executive Committee and as Treasurer. 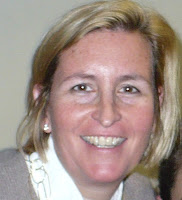 SHARON DAVIS – Sharon has lived in Central Park Gardens for twenty-five years.  She is a health care in private practice professional, who works with children.

ROSA DELGADO – Rosa is Administrative Assistant to the Medical Director of Memorial Sloan-Kettering’s Guttman Diagnostic Center.  She is a long-time tenant in our building (40 years) and an active member of CPG’s Fundraising Committee.  In years past, she designed, copied and distributed the RAFFLE books (with the help of our wonderful floor captains).  She, personally, purchased and picked up the prizes for all of our raffles and, if needed, will be available to do so again in the future.  On many occasions, she has volunteered to table-sit in our lobby to either help tenants with building issues, letter signing campaigns and the collection of monies for our legal fund.  She has been instrumental in providing our president, Sue Susman, with the many flyers (announcing various activities, meeting dates and meeting summaries) that have been distributed to ALL tenants in our building for the past 5 years.  Moving forward, Rosa will continue to assist her in any way that she can. 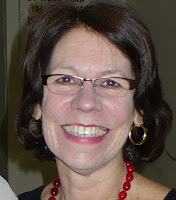 BARBARA GELLER - Barbara Geller has lived in CPG since 1983 when she married Richard Geller, a long-time resident of the building.  She has been 11 floor west floor captain since the building was purchased by Gluck. She has also assisted the treasurer Joan Browne in maintaining a tenant database of legal fund and tenant dues contributions and has generated the periodic Tenant Contribution Reports for each tenant. Barbara has used her landscape design training to work with Stellar to purchase appropriate plants for our front planters and designed a backyard landscaped retreat for our building. 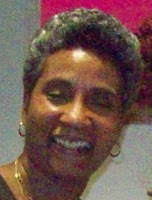 DEBBIE GONZALEZ – Debbie has lived at 50 West since 1981.  Debbie and Sal have raised their sons Carlos and Raymond in this building.  Debbie has been a floor captain on the 15th floor / east side, for many years.  In addition, she has been serving as a board member.  Debbie has co-chaired the pot luck dinner for the past 3 or 4 yeasr.  She's been working at an Upper West Side pre-school since 1983.  She loves this building and this neighborhood! 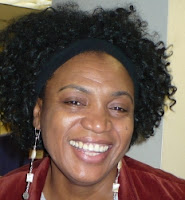 TISH HOWARD – Tish has been living at CPG for 18 years.  She enjoys traveling, her job in the legal community and  riding her bike in the park.

RICHARD JORDAN – Richard (Duke) Jordan, Jr. and his family (Patricia & Orisha) have been residents of Central Park Gardens for over forty years, and have served as floor captains on the fourth floor, west side, for several of those years. He is a member of the CPG Executive Committee, and therefore of the Board. He also served as a member of the CPG legal committee before the building left Mitchell-Lama. Richard is the retired National Director of Urban Services for Boys & Girls Clubs of America AKA Boy's Club of America. An accomplished musician, and has been a consultant in Urban Planning & Youth Development to the US Dept.of Health and Human Services, National Commission on Youth and Voluntary Action, MLK Commission, MLK Center for Youth and Non Violent Action, the International Council of Churches, the New Cities Corp.and the governments of the UK, France, Canada and Germany and others. 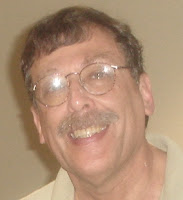 STEVE KOULISH – Has lived here since 1972, when as a recent law school graduate, he knew he wanted to live in this city on the Upper West Side.  Our neighborhood, and even more so our building, is a shining example of how people of many varying backgrounds can live and work together for the benefit of all of us.  With that in mind, I’ve been privileged to be a VP of your Tenants Association for several years now.  He would be honored if  he is elected to continue working for us.

MARLENE MELTON – Marlene has lived at Central Park Gardens since February 1977 - 35 wonderful years.  While she has a very active sales career, she has been Floor Captain for the 10th Floor / West for about 3 years.  In addition, she has served as a Board Member for the past year.  Marlene loves living at this building and is committed to maintaining it as a real home for all tenants.  She is currently an agent with New York Life Insurance Company.  She also held a position in advertising sales and management with the New York Times for nearly 20 years.  And when she has some "spare" time, she maintains a small travel business that specialized in tours throughout Africa, Brazil, China and other exciting destinations.

HELEN MERBER – Helen and her husband, Ivan, were one of the first tenants of this building.  They raised their son, Alec, here.  Ivan was one of the first presidents of the tenants association and active in politics on the Upper West Side.  Helen is Floor Captain on her floor and interested in the future of our building and our neighborhood. [no photo available.]

GREGORY MURRAY – Greg and his wife, Kathleen, moved to Central Park Gardens in 1973, raising two daughters—Rachel and Christine.  His concern for the future of his home, those of his neighbors and the preservation of his community at large prompted him to take a more proactive role in the CPG Tenants Association.  He took over the role of Floor Captain on the 7th Floor East a little over four years ago, and has been on the Executive Committee for the last two years.  Greg graduated from CCNY in 1968.  After a two-year stint in the Army, with a side trip to Viet Nam, he spent the last part of the first half of his working life as a manager of the hardware end of the Motion Picture/TV Equipment and Sound Stage rental business; and seventeen years at DuArt Film & Video Lab, where he eventually ran its shipping department.  Greg was a member of Local 702—the Film Lab Technician’s Union—where he served on the Executive Board.

LETTY ORELLANO – Letty and her husband have been in this building, which she loves, since 1986.  We have four kids, which all have been raised here.  Health permitting, I’m still interested in being with the board.

MAXINE SOARES – Maxine Soares, one of the long-time tenants, has lived at Central Park Gardens since the building opened.  She has served as Floor Captain, as a member of the Board, and as one of the coordinators of our annual Pot Luck Supper. 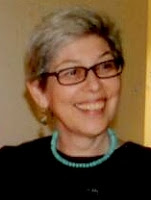 SUE SUSMAN – Sue has been president of the tenant association since December, 2004.  Before retiring as a lawyer, she taught legal writing, research, and clinical work at law schools in NYC for over a decade.  She has also taught in a magnet secondary school in E. Harlem, and worked on immigrants rights.  She is now on the Temporary Executive Committee of the Real Rent Reform Campaign – a coalition of dozens of community, tenant, labor and other groups; and she maintains e-mail lists on affordable housing and neighborhood issues, for which she was named a Distinguished Woman of the Year by the NYS Senate in 20`12.

RAY VON DOHREN - The plan when I retired was to move to the east coast and what better place to live than New York City. The plan was to stay here one year. Bonnie and I are now beginning our third year here in the city with no plans to leave. New York and its people have captured our hearts. Central Park Gardens is a big part of that. We both have made friends and developed acquaintances that make our life much fuller than we ever expected when we set off from California. Of course the city itself is like no other. Cultural overload has become a way of life.

I have been an environmental engineer for 38 years. I retired from managing a special district for sixteen years. I believe I work very well with people and would enjoy the opportunity to work with the tenants of Central Park Gardens in continuing to preserve this building as one of the best places to live in the city.

I know the Board is looking for younger people, but, you know, age is relative so I included a picture that reflects that fact. You are only as young as you feel, and I feel younger every year as I get to see, learn and experience new things.