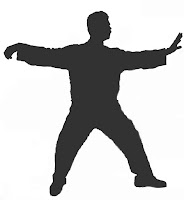 Announcement:  Free Taiji ("tai chi") classes are starting on December 6th in our Community Room on Friday mornings.  9 AM for advanced beginners, and 10:15 AM for beginners.  This is thanks Sol Magzamen, a volunteer with Bloomingdale Aging in Place.  All tenants welcome - but please email CPGTenAssoc@gmail.com if you're interested.  Sol wants to email all prospective participants.

Jewish Home Lifecare plans for W. 97th St.The meeting began with our across-the-street neighbors from Park West Village reporting on the most recent decisions concerning Jewish Home Lifecare.  Dean Heitner reported that after years of litigation, JHL has decided against constructing a tall building on the parking lot between P.S. 163 on West 97th Street and Whole Foods. Nevertheless, the lawsuit brought by No JHL at PWV (Park West Village) will continue:  the Board of Standards and Appeals wants a ruling on the zoning issue.  In addition, it is likely that the Chetrits, owners of the lot, will want to build something else.  Winifred Armstrong noted that arising from the Park West Village Working Group's opposition to the JHL construction, the group has proposed legislation, sponsored by State Senator Brian Benjamin, to raise the standards for how much lead dust is permissible in soil, on window sills, and in the air.  It has passed the Senate and now must go through the Assembly and be signed by Governor Cuomo.

NYC's Climate Mobilization Act of 2019.   Council Member Mark Levine spoke about the City's new Climate Mobilization Act.  While the Trump administration has withdrawn the U.S. from the Paris Climate Accords, New York City's new law will comply with those accords.  New York STATE has also passed a landmark climate bill, pledging the state will be carbon neutral by 2050.  But the implementation is in the hands of a commission that has 3 years to figure out what to do and the governor has not yet signed the bill.  The rest of this is about the CITY law.

WHY:  Buildings produce 71% of the city's pollution, while cars and trucks produce only 21%.  Since voluntary efforts haven't worked to get buildings to reduce their carbon emissions, the City Council passed this mandatory bill - the most radical in the country.  All buildings of at least 25,000 square feet must reduce their reliance on carbon (fossil fuels) by 80% over a period of time.  The first compliance benchmark is 2024; the next one is 2030, and the last one is 2050 - at which time the city and state should not put any more carbon dioxide (what we exhale and plants take in) into the atmosphere than we take out of the atmosphere.  This is accomplished by planting trees and by NOT using carbon-based fuels like oil and gas. 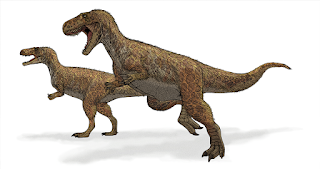 Oil and gas are called "fossil fuels" because they are the residue of old fossils of plants,  and other life forms buried deep in the ground.  Since all life forms are made of carbon,  these fossil fuels provide carbon-based energy.  There is a limited amount of fossil fuel, and using it releases a lot of carbon into the atmosphere. It's like being in a greenhouse, getting hotter and hotter.  So these are called "greenhouse gas emissions."

To avoid Major Capital Improvement increases for tenants, the City Council law exempts from the strictest requirements any building with even one rent stabilized tenant.  What our building - and similar buildings with rent stabilized tenant must do under the law is mainly better maintenance:  insulating exposed pipes, ensuring boilers can maintain required temperatures without leaks, etc.

HOW:
What can our building do?
WHO WILL PAY?  There are subsidies offered both by the New York State Energy Research and Development Agency (NYSERDA) and under the new City's law, by the City under the "PACE" (Property Assessed Clean Energy) program.   Council Member Levine will check whether PACE funding is available for buildings like ours with rent stabilized tenants.  In addition, Housing Justice for All is working on DHCR (state housing agency) regulations so that landlords won’t get an MCI for work that only profits them.

Council Member Levine spoke about some local happenings:
Meanwhile,
Warehousing:  Stellar Management and other landlords are refusing to rent out empty rent stabilized, affordable apartments in our building and others. They may be hoping that the State legislature will relent on caps for how much landlords can raise rents of vacant apartments.   The June 2019 law limits the landlord to getting an $83 increase (in our building) over 15 years for no more than $15,000 worth of improvements in an individual apartment.   That was a response to court findings that many landlords have been cheating for years, paying themselves inflated prices to improve those apartments - all as a ploy to take the apartments out of rent regulation.

Landlords have now filed two lawsuits claiming that any rent regulation is unconstitutional.  Although experienced lawyers think little of the landlords' chances,  we have to wait and see.

Dues are $10/year per apartment, and we ask $100/year/apartment for legal contributions.
You can give a check to your floor captain or to our treasurer, Joan Browne.

The Executive Committee of the Central Park Gardens Tenants' Association