Our third Zoom tenant association meeting began with some moments of silence for Katiana Leon Harrison and Greg Murray, who died recently.  You can send condolences to the Leon family in 15C and the Murray family in 7C.
We then heard from NYC Fire Department Lieutenant Frank Manetta, who talked about fire safety in our building.  He compared our building to Twin Parks, the Mitchell-Lama built a few years after ours that had the huge fire in the Bronx.
Lt. Manetta talked about what to do in our building - which, like Twin Parks, is non-combustible, in case of fire.
IF the fire is IN YOUR APARTMENT, get yourself and family out and close the door behind you.
Once you're some place safe, call 911.
=> You can take shelter in the apartment of a neighbor in the building. Neighbors, if someone knocks on your door and yells "FIRE" - invite them in to shelter in place with you.  It's safer than heading for the stairs. (The elevators won't work during a fire.)
Do not go through the hallways yelling "fire."  That will only bring people out of their apartments. That's not safe. And don't retreat to the balcony; you may get smoke in your face, and it may be difficult for the Fire Department to reach you.
If the fire is NOT in your apartment, STAY IN YOUR APARTMENT.  It's safer than going into the hallways and going downstairs.  The people who died in Twin Parks were primarily in the stairwells and corridors, and not in their own apartments.  EVEN IF THE FIRE IS NEXT DOOR,  stay in your apartment.
Use a roll of duct tape to keep smoke from coming in under or around your apartment door.  You may want to cover the vents in the bathrooms with a piece of clear wrap or a piece of paper that you tape up to keep smoke out.
You may want to keep a fire extinguisher in your bedroom or elsewhere so that if there's a fire, you can extinguish it enough to grab your kids or elderly relatives and get all of you out of the apartment.
To make all of us safer:
Stellar provided those a few years ago, and they are good for 10 years.  If yours is NOT working, you can either ask Stellar for a working one (it's possible they could charge you $25), or you can contact the Red Cross FDNY "Sound the Alarm" program - they'll install a 10-year sealed battery, and will put one in each bedroom.  (They've done this in many buildings, although they don't do it in NYCHA.) To reach that program, call 877-733-2767 or go to Soundthealarm.org/nyc.  It's all free.
MOST deadly fires in NYC have started from heaters or from other electrical devices that malfunctioned. 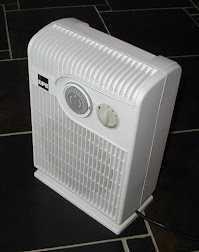 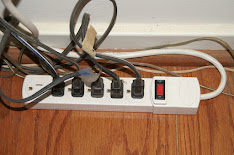 They're meant to be used temporarily, and should not be used for high-electricity items like air conditioners, heaters, and toaster ovens.  I don't know whether Stellar would agree, but it may be possible to get additional outlets installed in your apartment. Since our building was built before the internet era, it doesn't have as many outlets as many of us would like.
OTHER fires generally start in the kitchen, from unattended cooking or from kids playing with the stove.
SMOKING in bed is a major cause of deadly fires. Don't.
DISPOSE OF BATTERIES SAFELY.  Cover the contact end with a piece of paper or plastic so the batteries don't rub together.  They can start a fire.
It's illegal to discard all rechargeable and most single-use batteries in the trash or recycling. The closest one is probably uBreakiFix, 202 W. 96th St. 212-903-4349.
There's no need for smoke detectors in the hallways and stairwells.  But if Stellar has any, they must be kept functioning.
If you need more information:
Remember: If there's a fire anyplace BUT your apartment, SHELTER IN PLACE!
__________
And on other building issues:
HEAT: Ask Sako to check your radiators.  If they're working well and you're still not getting the legal minimum of heat, CALL 311. The legal minimum:
68 degrees from 6 AM to 10 PM, and 62 degrees at night.
It's true that just one call won't change things.  BUT if lots of people call and give the Executive Committee the complaint numbers, we can get the politicians involved, and if necessary take the owner to court.  If you complain about the cold but don't call 311, it's not going to change!
Some tenants have said they're roasting, but most who have complained are just cold.  If you're roasting, try opening a window.
RATS: The construction on 96th Street may be the main cause of the huge influx of huge rats, particularly very early in the morning or late at night.  While Sako said an exterminator comes weekly, it's a losing battle right now.  The tenant association has asked Niti Jakupaj, the building manager, to increase the extermination efforts.
VALENTINE'S DAY FUNDRAISER:  Come one, come all: wear a mask and show some love for the tenant association. Pick up useful information and get some sweets for your sweetie!  12-4 (possibly to 6 PM) in the lobby this Saturday.
We're looking forward to warmer weather and an in-person meeting in a couple of months!
Posted by Sue Susman at 6:59 PM