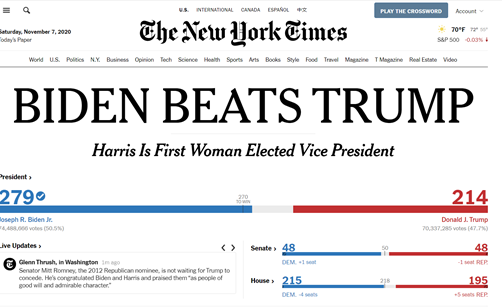 NY State elections:
Our representatives, State Senator Brian Benjamin and Assembly Member Daniel O'Donnell, both won re-election.
Otherwise, the State Senate remains Democratic (although apparently not with a supermajority that would override vetoes), and the State Assembly remains Democratic with a supermajority.  Absentee ballots are still being counted.

Samar Khurshid: The state of play in the state senate as preparations continue for counting of absentee ballots (Gotham Gazette)